You are here: Home / Adrenal Imbalance / The Truth About Fibromyalgia

I spent last weekend at a conference given by one of the top experts on fibromyalgia. What I learned flew in the face of what every medical student learns in medical school about the screening, diagnosis, and treatment of fibromyalgia. So here’s what is “new” in the research that your doctor probably doesn’t know and what you will not read on popular medical sites on the internet or in news magazines for many years to come.

The history behind the formulation of a diagnosis for fibromyalgia as a disease process came from a meeting of rheumatologists. They voted on what they could each agree on. What they decided was that peripheral pain sites that are painful to touch (4 km of pressure using a specific device) in 11 of 18 pressure point sites will earn you a diagnosis of fibromyalgia. It turns out that true fibromyalgia actually isn’t a problem with peripheral nerves and muscles, but rather a problem with the perception of pain on a central nervous system level. So even the name does not describe what is going on with a person who is suffering from true fibromyalgia. This is not to say that those who are misdiagnosed are not suffering…indeed the suffering is profound for anyone who is in constant global pain. However, the treatments are different for the root causes of global pain. Because of our short appointment times and an inaccurate tool for screening we are finding that many people have either been inaccurately diagnosed with fibromyalgia, been told by their neighbor they have it, or read about it on the internet or in a magazine and self-diagnosed. Those who self-diagnose will usually not get any pushback from their doctors if they walk in and tell them they “realize they have fibromyalgia because they have all of the symptoms of it that are listed on the internet”. This is because fibromyalgia doesn’t have a cure and many people who do this are looking for a magic pill, which usually comes in the form of an anti-depressant (which in the case of true fibromyalgia can likely clear up most of the symptoms).

True (or classic) fibromyalgia vs pseudo (or disorder of another kind)-fibromyalgia: To begin with, there is no such thing as pseudo-fibromyalgia; the term is just a red flag that you have been misdiagnosed with fibromyalgia when it’s not really what you have. Here is a chart that breaks down how to think about fibromyalgia:

Notice that with “classic fibromyalgia” all of the symptoms are related to neurotransmitters (the chemical messengers of the brain). This is not a disease of pain, it’s a disease of hyper-vigilance in the nervous system, which boils down to a disruption in how the body is processing stress (adrenals and hormones). Statistics have shown for years that chronic fatigue syndrome, irritable bowel syndrome, fibromyalgia, and hypoactive sexual desire disorder all have the same symptoms and are more prevalent in women than in men. We also know that women internalize their stress more than men do (most of the shootings done in the U.S. are done by men, not women).

Fibromyalgia can be thought of as part of a larger issue that has come to be known as Central Sensitivity Syndrome (CSS). What we do NOT need is yet another medical syndrome or acronym. However, what I find interesting is how interrelated all of the disorders in the graphic below are. The common denominator between them all? Hyper vigilance in the part of the nervous system we commonly call the “fight, flight, or freeze” or sympathetic nervous system. This over sensitivity to stress keeps all of the brain chemicals and hormones at the same levels as a zebra being chased by a lion on the African plains. The system that tells the body to stop hurting has stopped working and the body becomes exhausted on all levels. Diagnosing fibromyalgia is a process of elimination of what is NOT wrong. This must be done with a thorough laboratory workup and a lengthy history. The history portion of diagnosis is just as important as lab work because patients with fibromyalgia nearly always have a history of distressing life events they have not dealt with completely yet, PTSD, or some way of internalizing their stressors in an unhealthy way. The most important lab work to have done?

Treatment will depend on what the above labs show (either something that is deficient or something that should be eliminated or both). However, there are some general rules of thumb and they must be done in the right order. Treatment is always done in layers and at a pace the body and mind can handle.

Fibromyalgia responds very well to prescription drugs usually prescribed for depression (MAO inhibitors and Seratonin and Nor-epinephrine re-uptake inhibitors [SSNRIs]).  The reason for this was mentioned above. The person with fibromyalgia has a sympathetic nervous system on over-drive. These anti-depressants allow the feedback pathway that tells the body to stop hurting once the initial signal has been activated to work. If I use these drugs with my patients I do it with a contract that they will also embark on the inner journey of counseling. This same method can be done naturally with supplements too…however it will take longer to work and will be out of pocket. The benefit of using supplements is you can actually regain a sexual libido again as your treatment progresses; this is usually not possible with prescription anti-depressants. There is always a cost-benefit ratio that must be weighed and each story of each person is different and must be considered.

Here’s to your health! 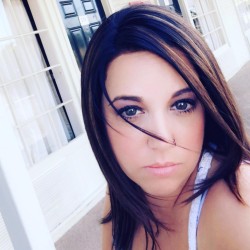